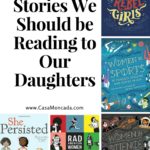 Let’s teach our girls that they can do anything. Here are my 5 bedtime stories we should be reading to our daughters. 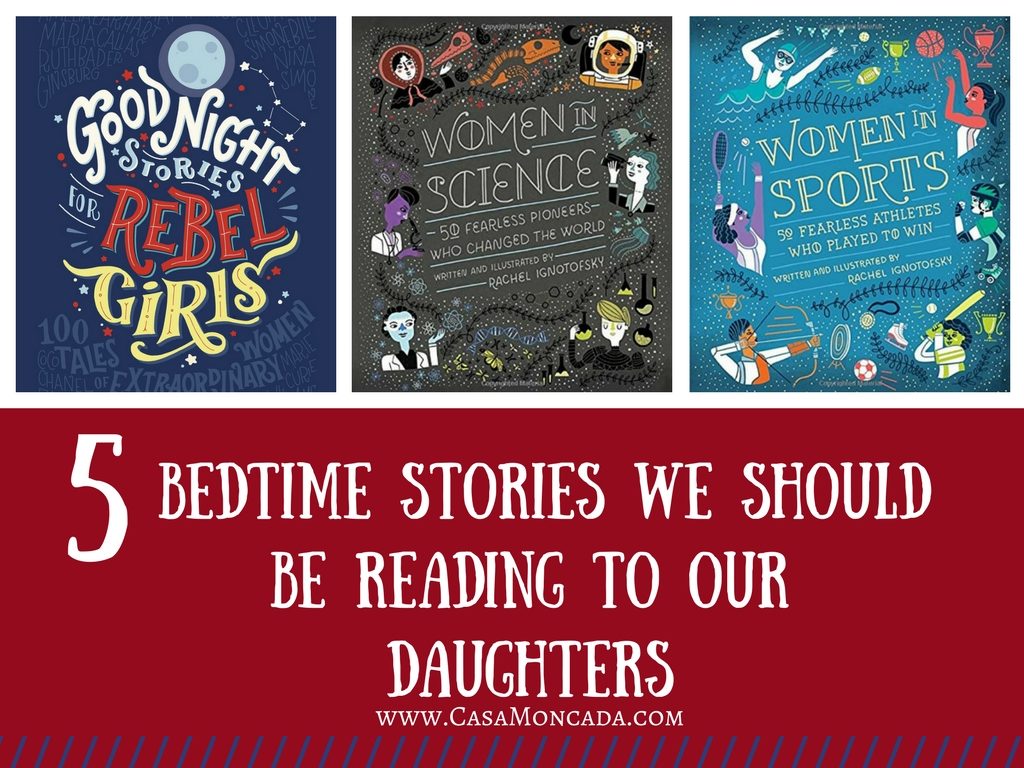 Reading has always been one of my favorite hobbies. I wanted to continue that tradition with my daughter. Reading bedtime stories became “our” thing. We cuddle under the blanket and get lost in whatever fairy tale we’re reading. But that’s the thing, it’s a fairy tale. I want to make sure my daughter is inspired to be whoever she wants to be or knows that she can do anything. I want her to know about real women, women who have made a difference in our world. Because one day she can too. Post contains affiliate links.

5 Bedtime Stories We Should be Reading to Our Daughters 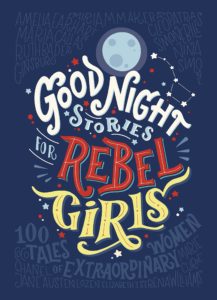 2. Women in Science: 50 Fearless Pioneers Who Changed the World 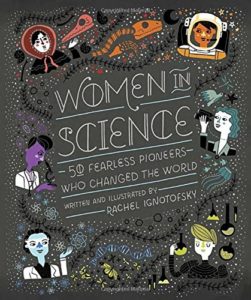 A charmingly illustrated and educational book, New York Times best seller Women in Science highlights the contributions of fifty notable women to the fields of science, technology, engineering, and mathematics (STEM) from the ancient to the modern world. Full of striking, singular art, this fascinating collection also contains infographics about relevant topics such as lab equipment, rates of women currently working in STEM fields, and an illustrated scientific glossary. The trailblazing women profiled include well-known figures like primatologist Jane Goodall, as well as lesser-known pioneers such as Katherine Johnson, the African-American physicist and mathematician who calculated the trajectory of the 1969 Apollo 11 mission to the moon.

3. She Persisted: 13 American Women Who Changed the World 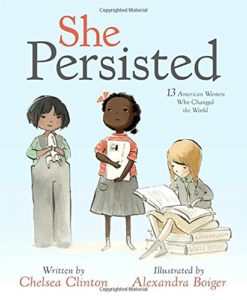 Chelsea Clinton introduces tiny feminists, mini activists and little kids who are ready to take on the world to thirteen inspirational women who never took no for an answer, and who always, inevitably and without fail, persisted. In this book, Chelsea Clinton celebrates thirteen American women who helped shape our country through their tenacity, sometimes through speaking out, sometimes by staying seated, sometimes by captivating an audience. They all certainly persisted. She Persisted is for everyone who has ever wanted to speak up but has been told to quiet down, for everyone who has ever tried to reach for the stars but was told to sit down, and for everyone who has ever been made to feel unworthy or unimportant or small.

4. Women in Sports: 50 Fearless Athletes Who Played to Win 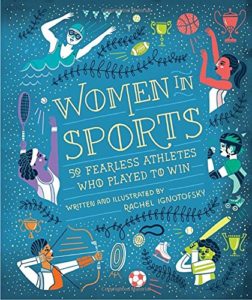 A richly illustrated and inspiring book, Women in Sports highlights the achievements and stories of fifty notable women athletes from the 1800s to today, including trailblazers, Olympians, and record-breakers in more than forty sports. The athletes featured include well-known figures like tennis player Billie Jean King and gymnast Simone Biles, as well as lesser-known champions like Toni Stone, the first woman to play baseball in a professional men’s league, and skateboarding pioneer Patti McGee. The book also contains infographics on topics that sporty women want to know about such as muscle anatomy, a timeline of women’s participation in sports, pay and media statistics for female athletes, and influential women’s teams. Women in Sports celebrates the success of the tough, bold, and fearless women who paved the way for today’s athletes.

5. Rad American Women A-Z: Rebels, Trailblazers, and Visionaries who Shaped Our History . . . and Our Future! 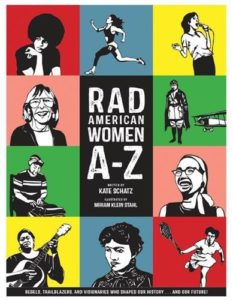 Like all A-Z books, this one illustrates the alphabet—but instead of “A is for Apple”, A is for Angela—as in Angela Davis, the iconic political activist. B is for Billie Jean King, who shattered the glass ceiling of sports; C is for Carol Burnett, who defied assumptions about women in comedy; D is for Dolores Huerta, who organized farmworkers; and E is for Ella Baker, who mentored Dr. Martin Luther King and helped shape the Civil Rights Movement.

And the list of great women continues, spanning several centuries, multiple professions, and 26 diverse individuals. There are artists and abolitionists, scientists and suffragettes, rock stars and rabble-rousers, and agents of change of all kinds.

Can we teach our girls to be strong and resilient? Can we teach them that they can be anything they want to be? That it is OK to be an Engineer, Pilot, Astronaut, IT professional, or any other “manly” job out there? I remember when I was going to college, I wanted to get my degree in Computer Information Systems because my dad worked in IT and I loved it. I was the only girl in the Computers 101 class, the only girl. And you know what happened? I gave up and changed majors. I didn’t want to be the only girl, I told myself I wouldn’t succeed. But I’m changing that kind of mentality for my princess because she will have someone who will believe in her. I will believe in her.

What is your favorite bedtime story to read to your daughter(s)? 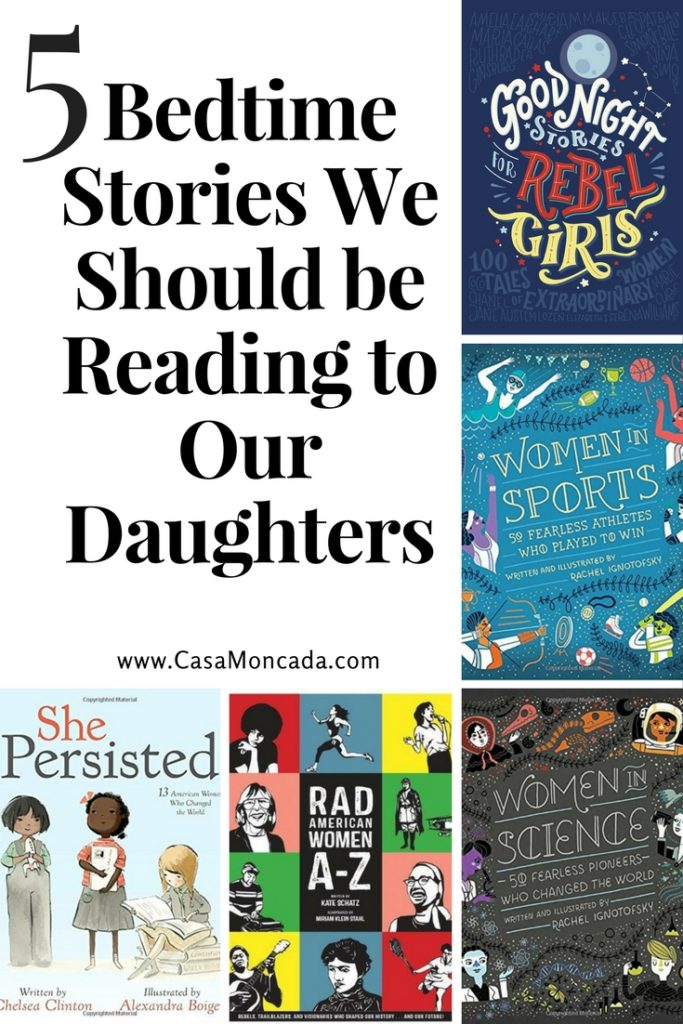