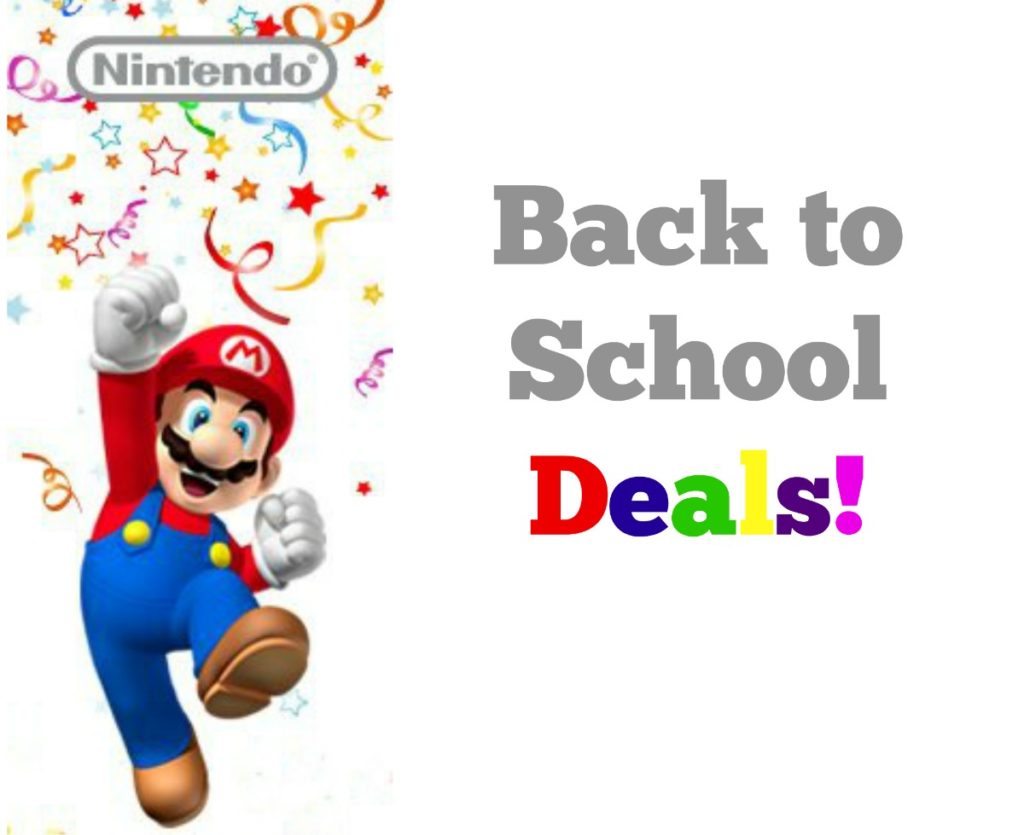 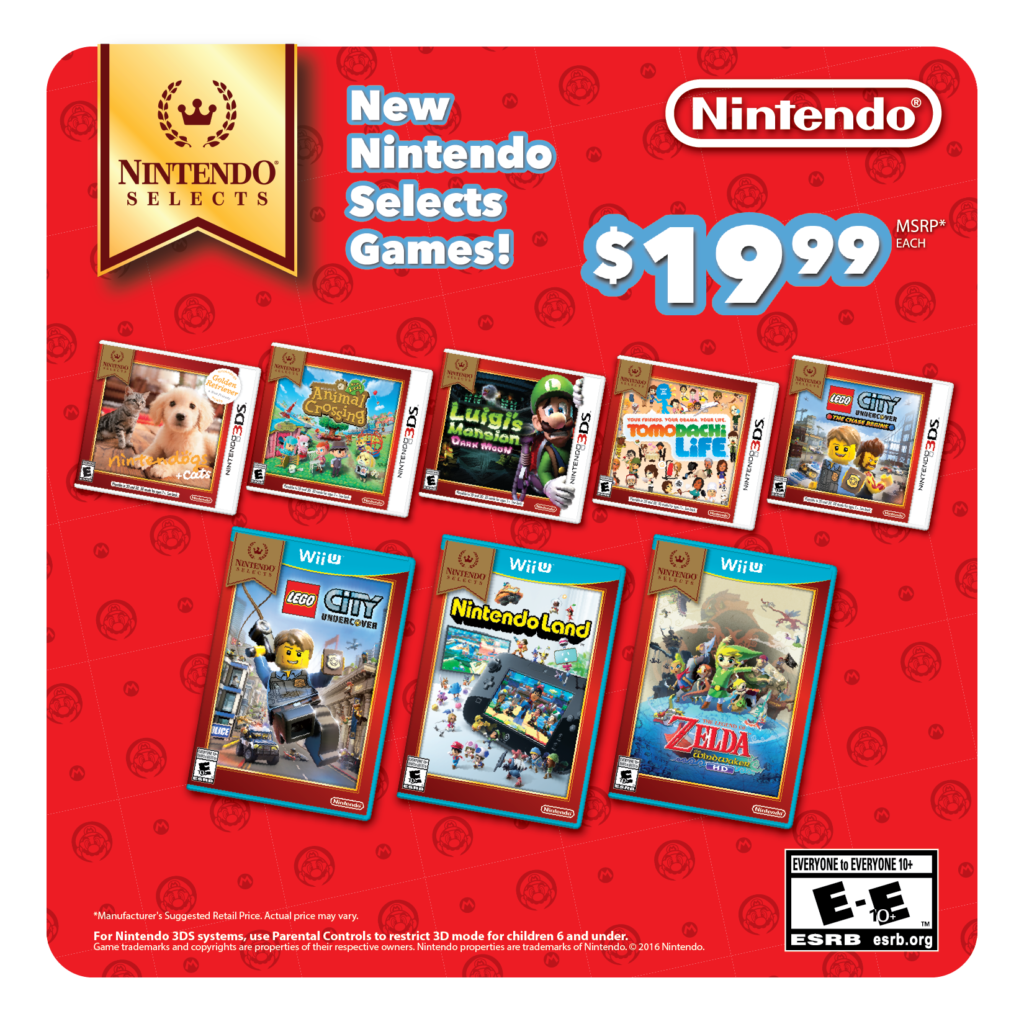 New Nintendo Selects titles for 3DS and Wii U launching Aug. 26 for $19.99 each, which include:
Nintendo 3DS titles: 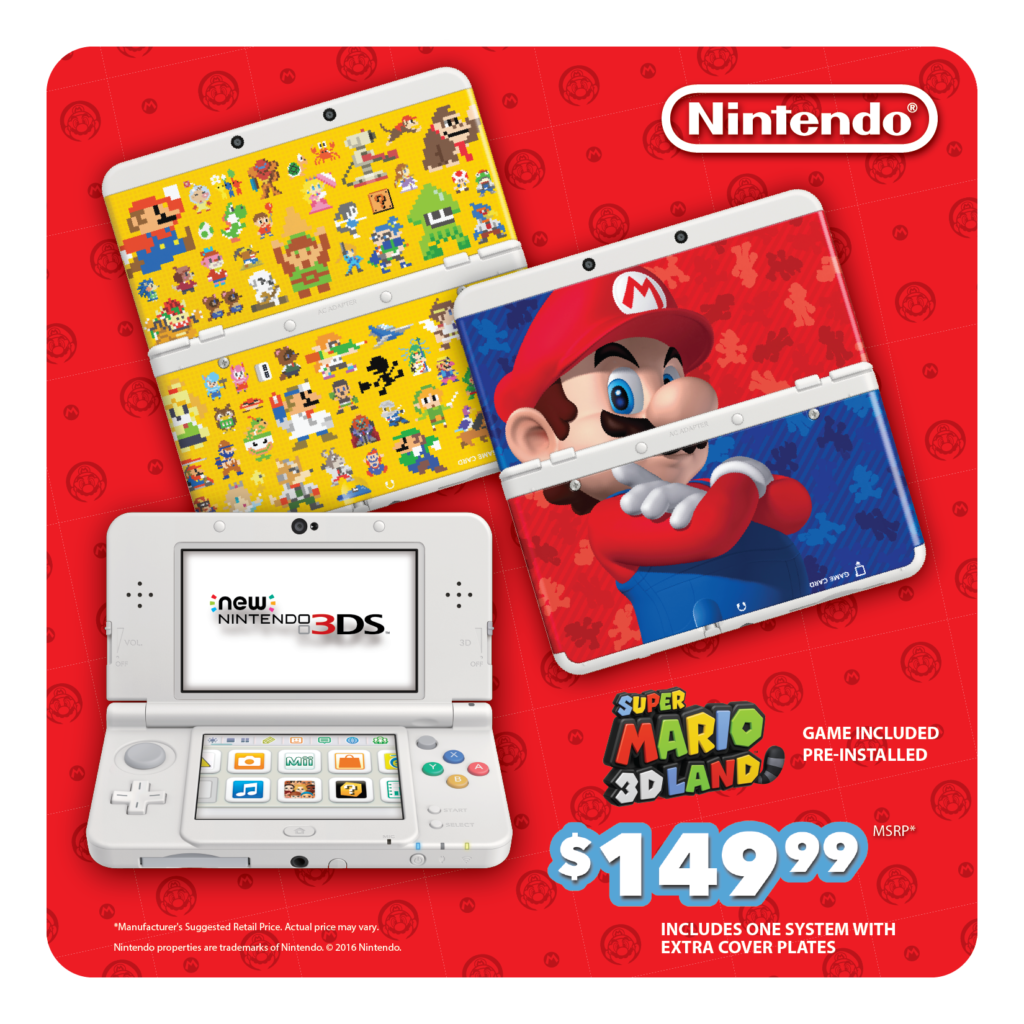 Starting on Sept. 9, select Wii U games will be packaged with specific amiibo at a suggested retail price of only $39.99 each. These bundles are a great way for players to be introduced to the world of Nintendo’s amiibo figures (and to have something to talk about with friends on the school bus). When tapped to the Wii U GamePad controller, each of the amiibo figures included in the bundles will unlock something special in its respective game.

New Wii U Nintendo bundles launching Sept. 9 for $39.99 each, which include:

So, what deal will you be picking up this weekend?

Disclosure: I received a video game in exchange for sharing the back to school deals. All opinions stated here are my own.