Disclosure: I receive 3 tickets to facilitate my review. All opinions stated here are my own.

My family and I had the opportunity to visit Boomers! Family Entertainment Center in Boca Raton, FL last weekend. We surprised my son and his expression was pure joy when we arrived. It was his first time attending Boomers! I knew he would be in for a thrill. 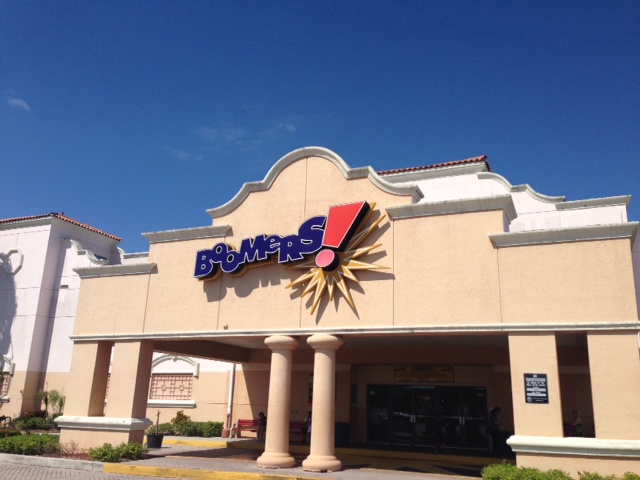 Boomers! Family Entertainment Centers offers a variety of activities – Go Karts, Bumper Boats, Mini golf, Laser tag, Rock climbing, batting cages, and mini bowling. They also have an extensive arcade. The great part is that there is something for everyone in your family. 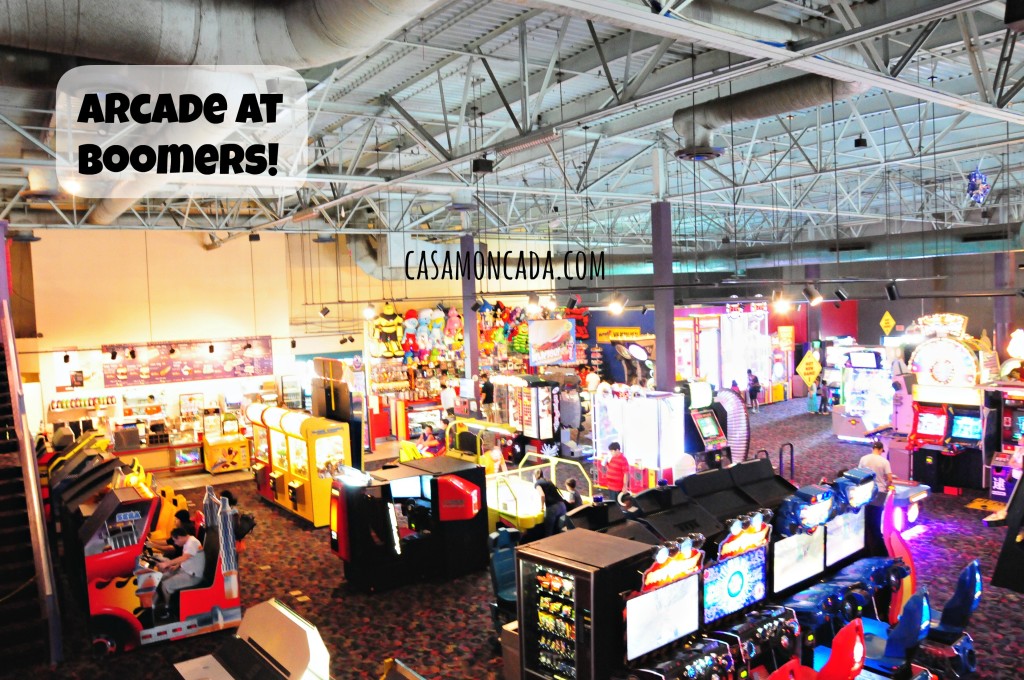 The arcade has everything type of game imaginable. Role playing, shooting, racing, fighting, and so much more. The arcade also had games that spit out tickets which you can then turn in for a prize. I was only given the “blue” card which only applies to games that did not give out tickets. I can’t really give a review on those games and what types of games were available for those as I did not review them. My son had a great time playing with those. He did enjoy the racing car games though we had to push the pedal for him since he doesn’t reach them.

The mini-golf area was bigger than I expected. They had different types of sections for all skill levels. Nice wind mills and little ponds surround the area. They even had a little golf club for my princess!

The bumper boys looked like so much fun but my son refused to get wet! The bumper boats spray water out of a sprout to the other riders. We didn’t bring an extra set of clothes so we didn’t force him to get on. Next time, I am sure he will get on when we bring spare clothes. 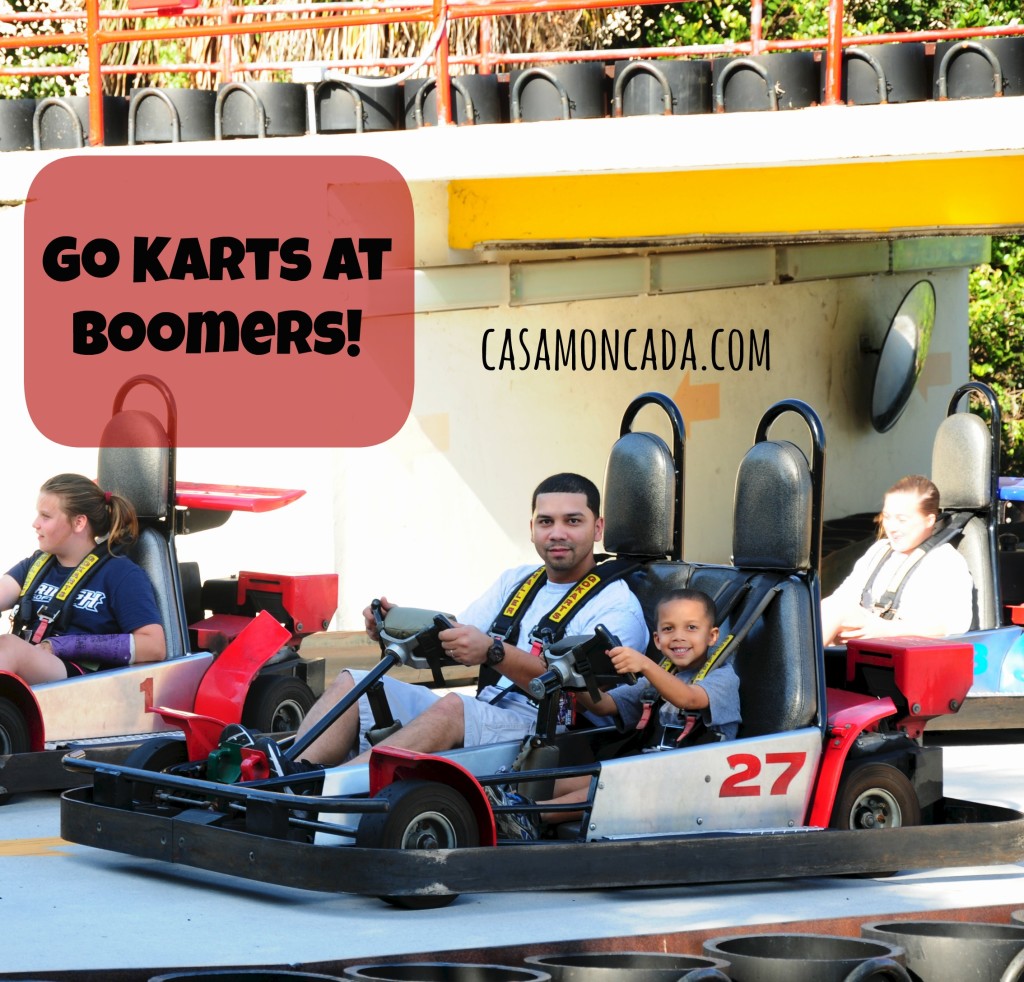 My sons favorite attractions was the Go-Karts! He rode with my husband and had a blast! He was too young to drive the car so he took the passenger seat. Riders must be 58″ to drive. Curves, hills, and twist make the ride fun and exhilarating! 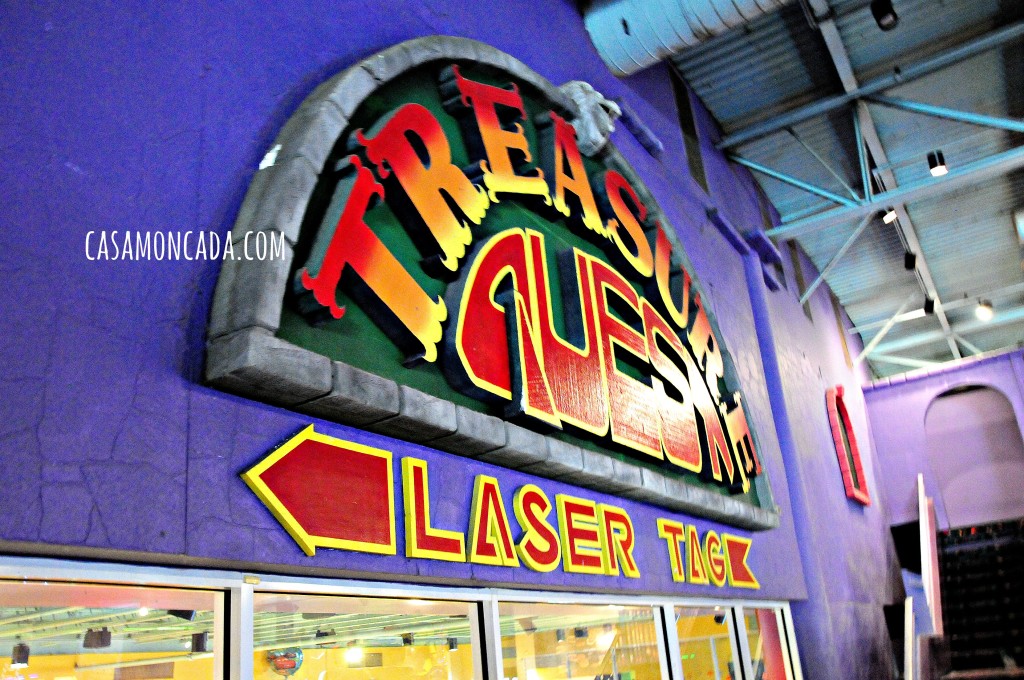 The last attraction we participated in was Laser tag! It was my favorite attraction! At first my son was a little scared since he didn’t know exact what Laser tag was but once we were in the room he had a blast. I wish I was able to take a photograph of him in his laser gear because it was so big on him. He kept saying, “man this is heavy!” My little guy is on the smaller side so the gear was definitely big for him but he was a trooper about it. The Laser tag runs on 5-min sessions. You are running and hiding the whole time trying to catch the other players. Lots of fun! 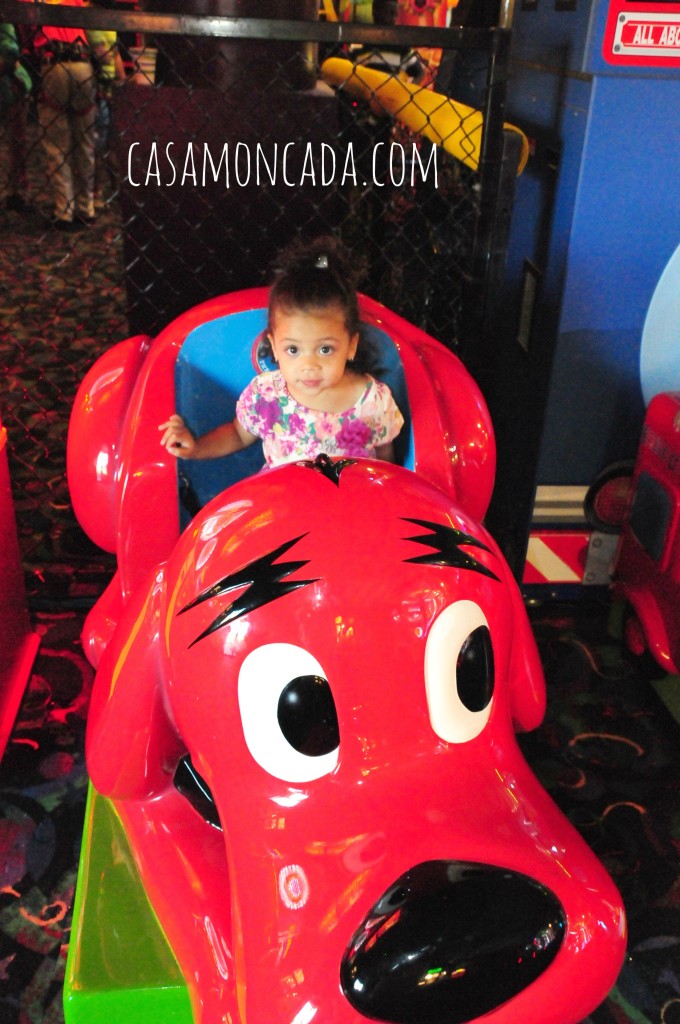 My family and I really enjoyed ourselves at Boomers! Family Entertainment Center. We would definitely go again to try the Bumper boats and the ticketing arcade games. Visit my post here to get more information on promotions and coupons!