Have you been to LEGOLAND for Halloween event? We went this past weekend with friends and we had a blast! We really wanted to do something special for the kids since we don’t have the typical, “apple picking” or a traditional “pumpkin picking” like the cooler states have. I knew the kids would love LEGOLAND. We’ve done Disney’s Not So Scary Halloween when my son was about 2-3 years old but it could get really pricey so we decided to try LEGOLAND’s Brick or Treat. 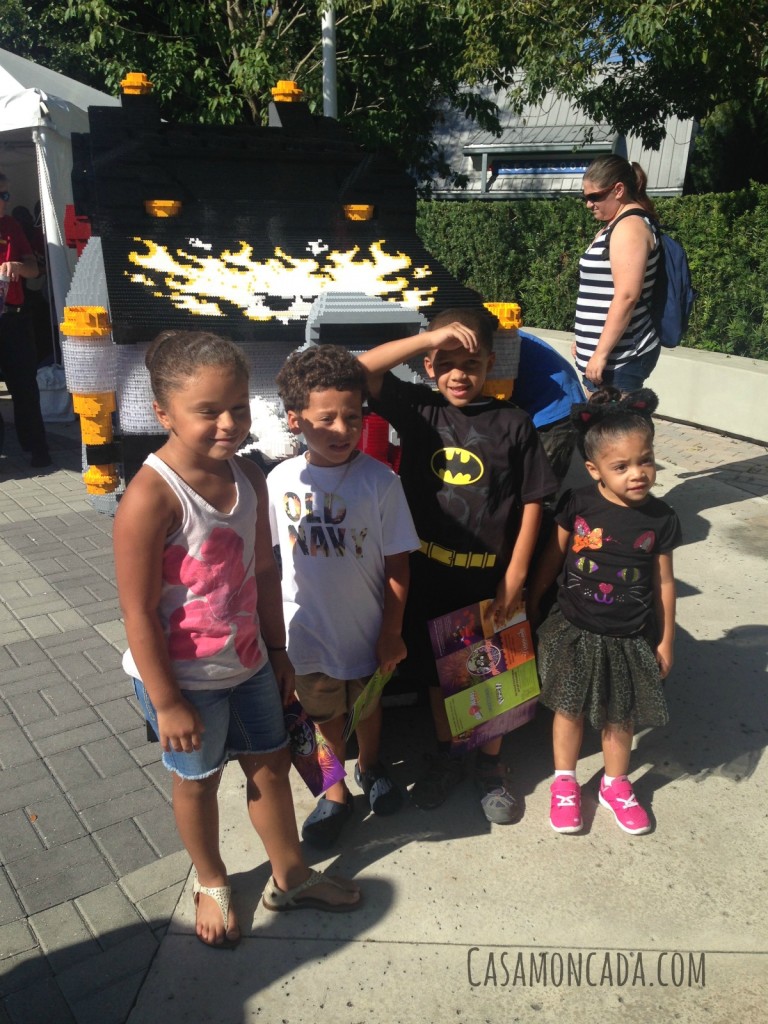 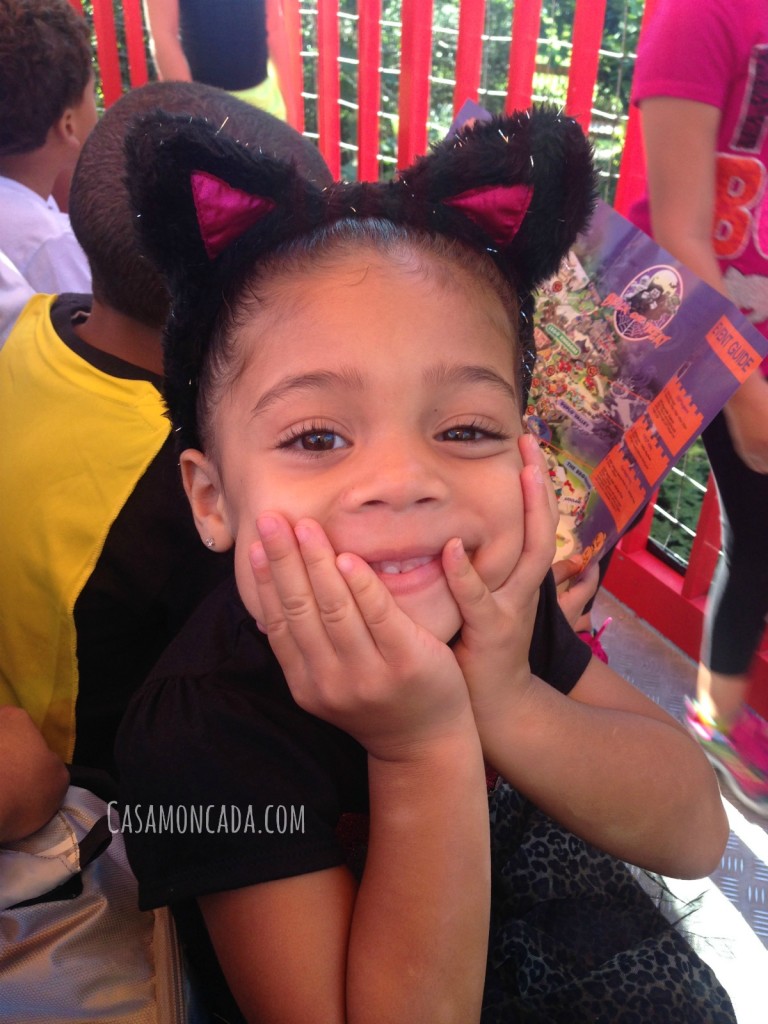 We went with our friends who have a 7 year old and 5 year old. My kids are 7 years old and 3 years old. My daughter was able to get on almost every ride (not the roller coasters). The theme park is very age appropriate and can be completely seen in a full day. For a Saturday, the crowds weren’t bad at all. I think the longest wait time we had was 30 mins and that was a popular roller coaster. They pretty much got on every single ride. We got there around opening time and stood until about 7:30pm. We didn’t stay for the fireworks as the kids were exhausted (and mommy & daddy too!). 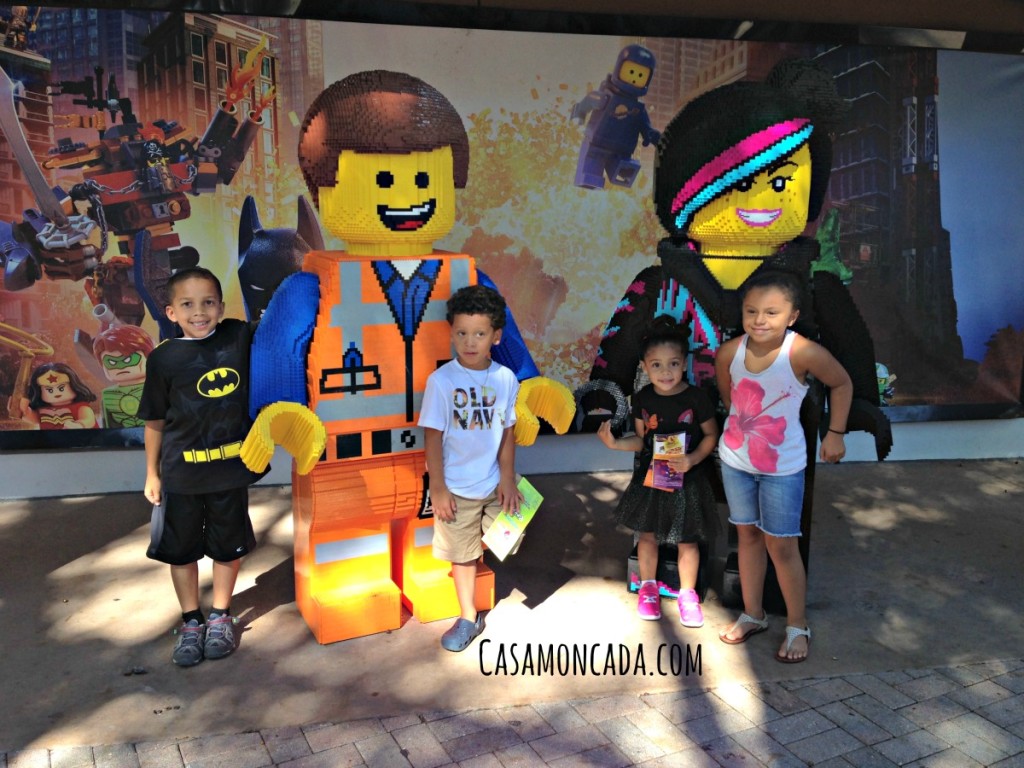 The Halloween festivities really start around 3:00pm, that’s when the trick or treat trail opens for the kids. The kids LOVED the trail, it could be because of the awesome candy but I also think it was the costumes they were greeted with at every stop. I loved the different LEGO decorations they incorporated on the trail. The costumes were not scary to my 3 year old, it is pretty family friendly. 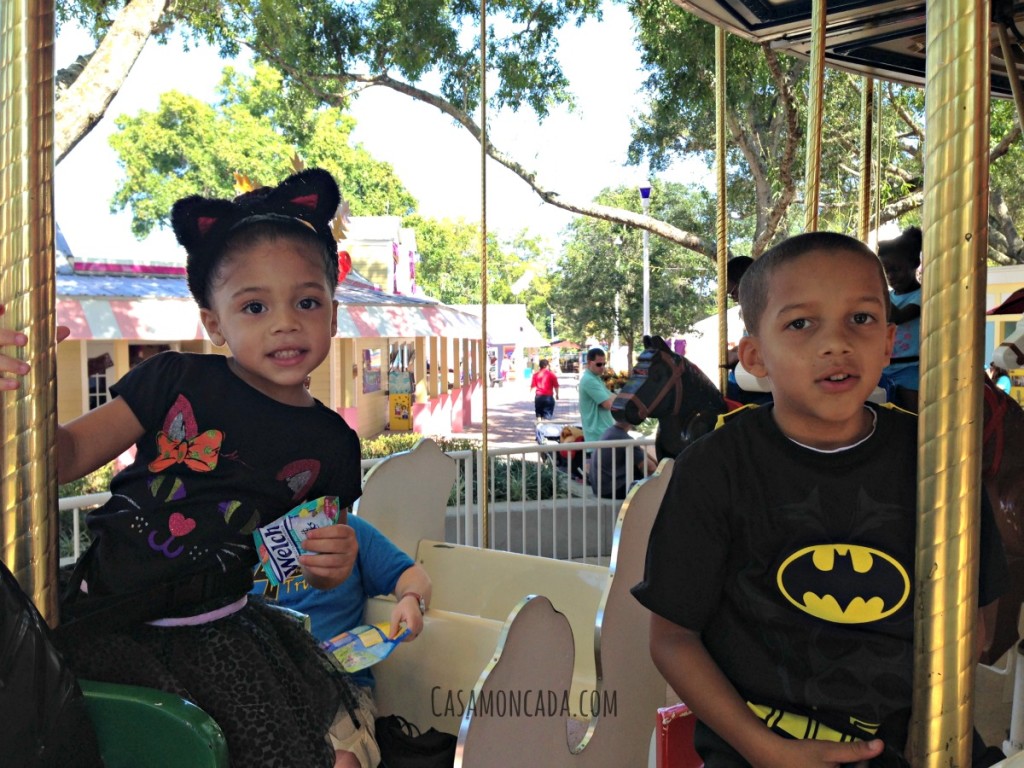 There were other cool Halloween events like the “Everything is Awesome” costume contest. We didn’t enter since the kids really didn’t come in costumes. But it was really cute to see all the creative costumes. They also had huge Halloween LEGO builds – a Giant Hearse, A vampire, a giant pumpkin, and a giant ghost (they actually finished it while we were there!). There were also Meet & Greet with new LEGO Halloween Characters: Wanda the Witch, Vladimir the Vampire, Frank N. Stein, Mortimor the Mummy & Mad Scientist. My daughter was terrified of Vladimir the Vampire. She was happy up until they opened the door and she saw his giant LEGO head. 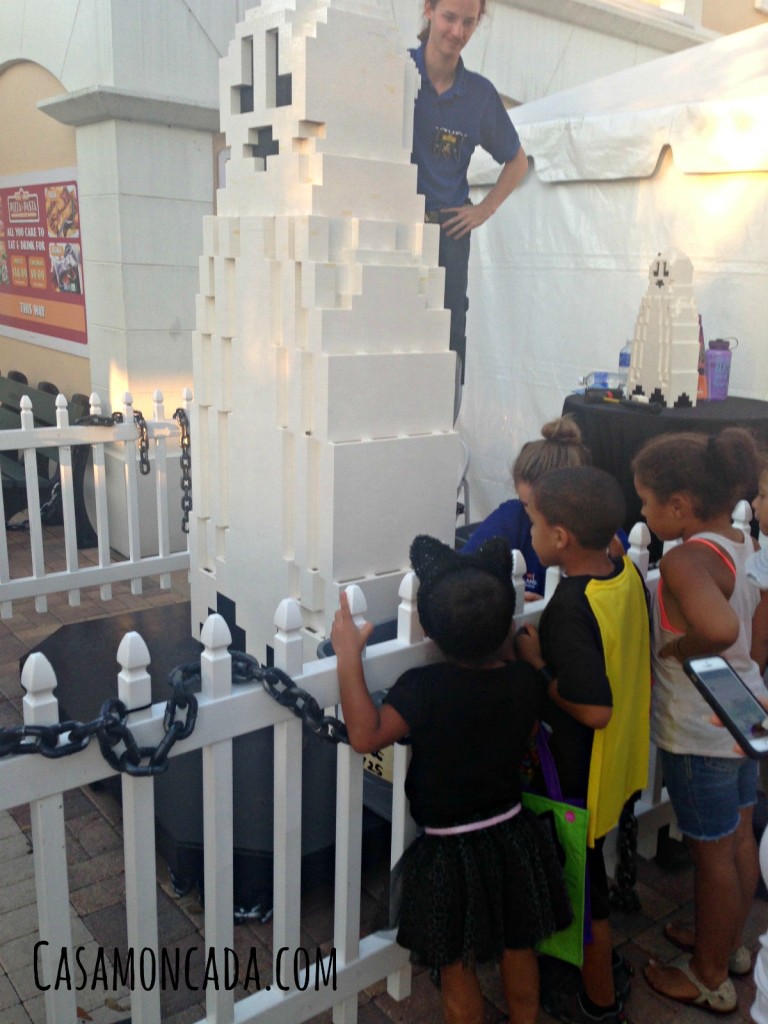 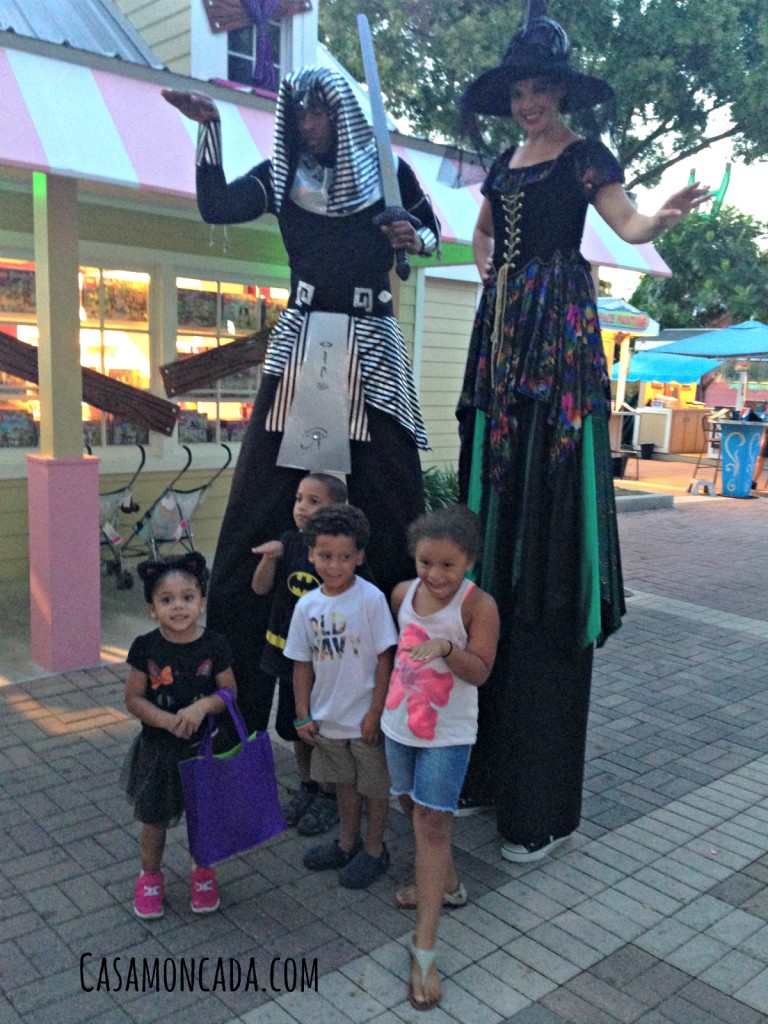 The first thing we did was sign up for the scavenger hunt. We had to find all the LEGO spiders hidden in miniland USA. Once you put down your guess you enter it for a chance to win prizes. The weekend we went they gave out a Vladimir the Vampire brick just for entering! There is a different brick being offer every week. 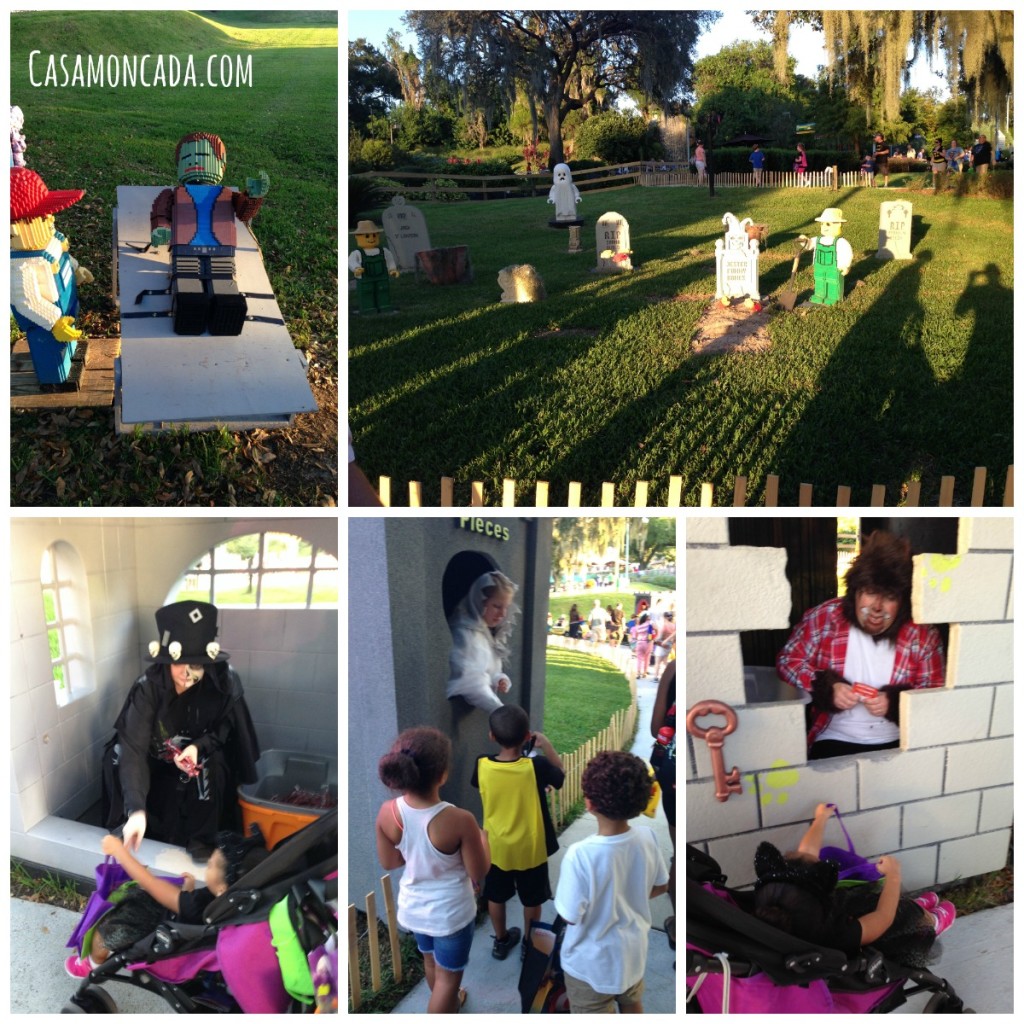 My only regret was not catching any of the shows! We didn’t realize they ended earlier in the day. We wanted the kids to get on all the rides then we figured we would unwind later while watching a show, unfortunately, we missed it! The Spellbreakers show was only shown at 1:00pm which was disappointing but lesson learned. Next time we come we’ll be sure to head to the shows first! 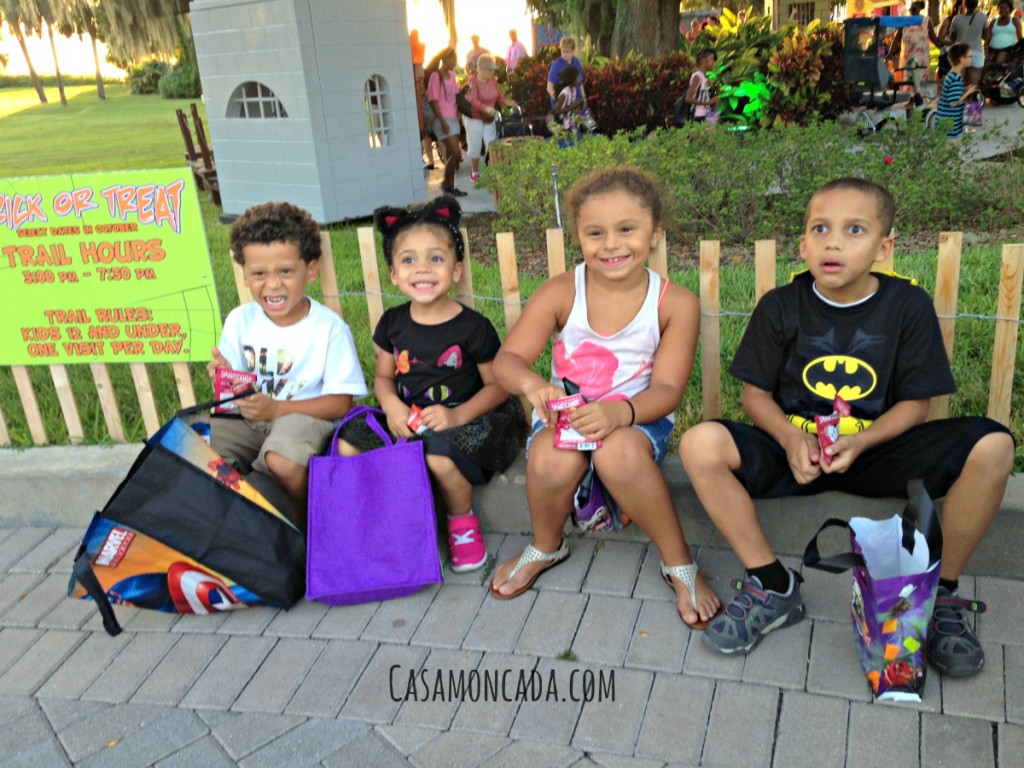 Overall, the kids had a blast at the Brick or Treat event and it was definitely worth the drive. We’re even thinking of going for the Bricktacular event in December.

Have you taken your kids to LEGOLAND for Halloween or Christmas?


By the way, this is not sponsored by LEGOLAND. I did not receive any compensation for this post. Just me sharing my experience.