Every Easter my family would take all my cousins to the circus in Madison Square Garden in New York City. It was the highlight of Easter vacation for me. The lights, the animals, the acrobats, and clowns made for endless thrills. Since moving to Florida I haven’t had a chance to visit the circus when it came to South Florida. My son was too young, I thought, to enjoy the show. I worried if he would be able to sit through the show, if he would be fussy, or if he would bother those sitting around us. I was given the opportunity to take my family to see the Ringling Bros and Barnum & Bailey at the American Airlines Arena on January 9th, opening day! I was excited for my now five year old son to experience the joy and thrills like I had as a little girl. My only concern was my one year old daughter. 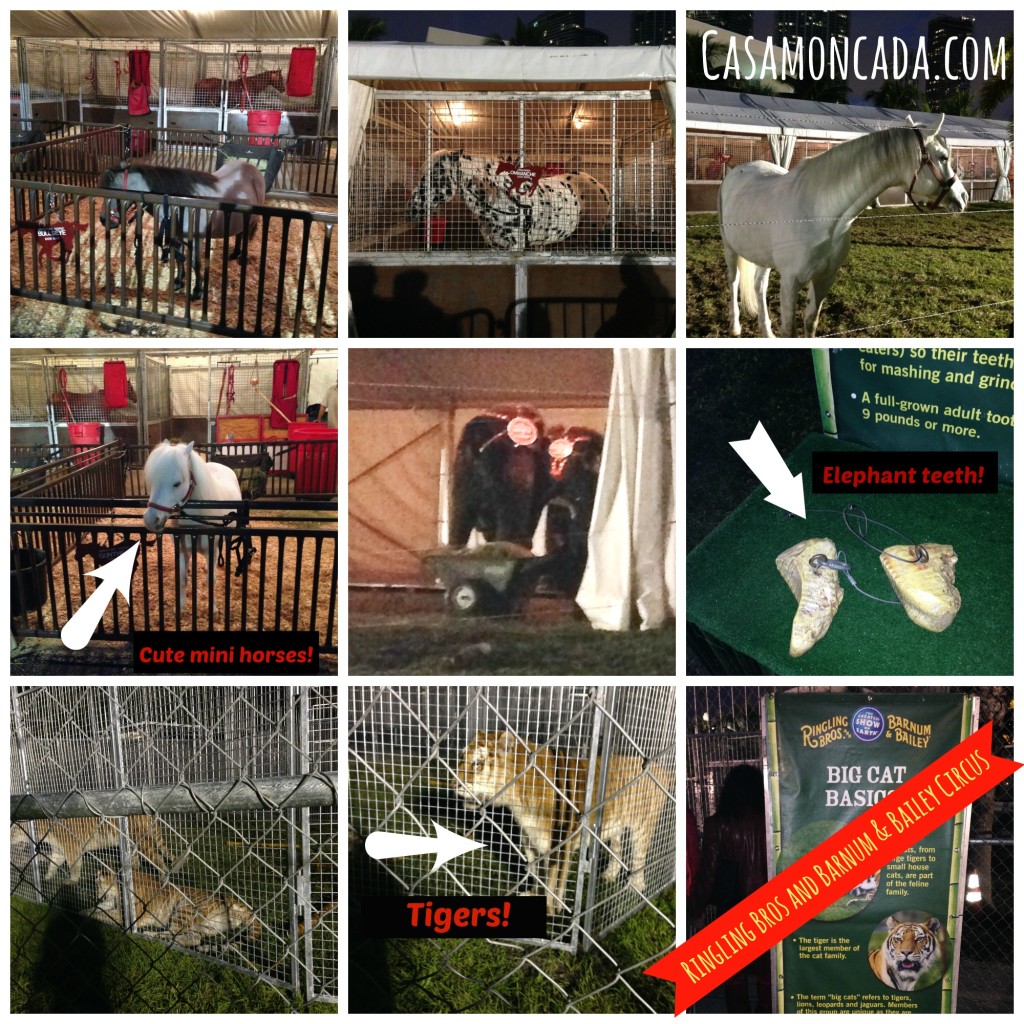 After the Animal Open House, we proceeded to the All Access Pre-Show (it is included with your ticket). My son and daughter loved it! They had a bounce house for the kids, activities for the kids to interact with the clowns, cute little red clown noses, tattoos, and little shows for the kids to see like the Elephants drawing! 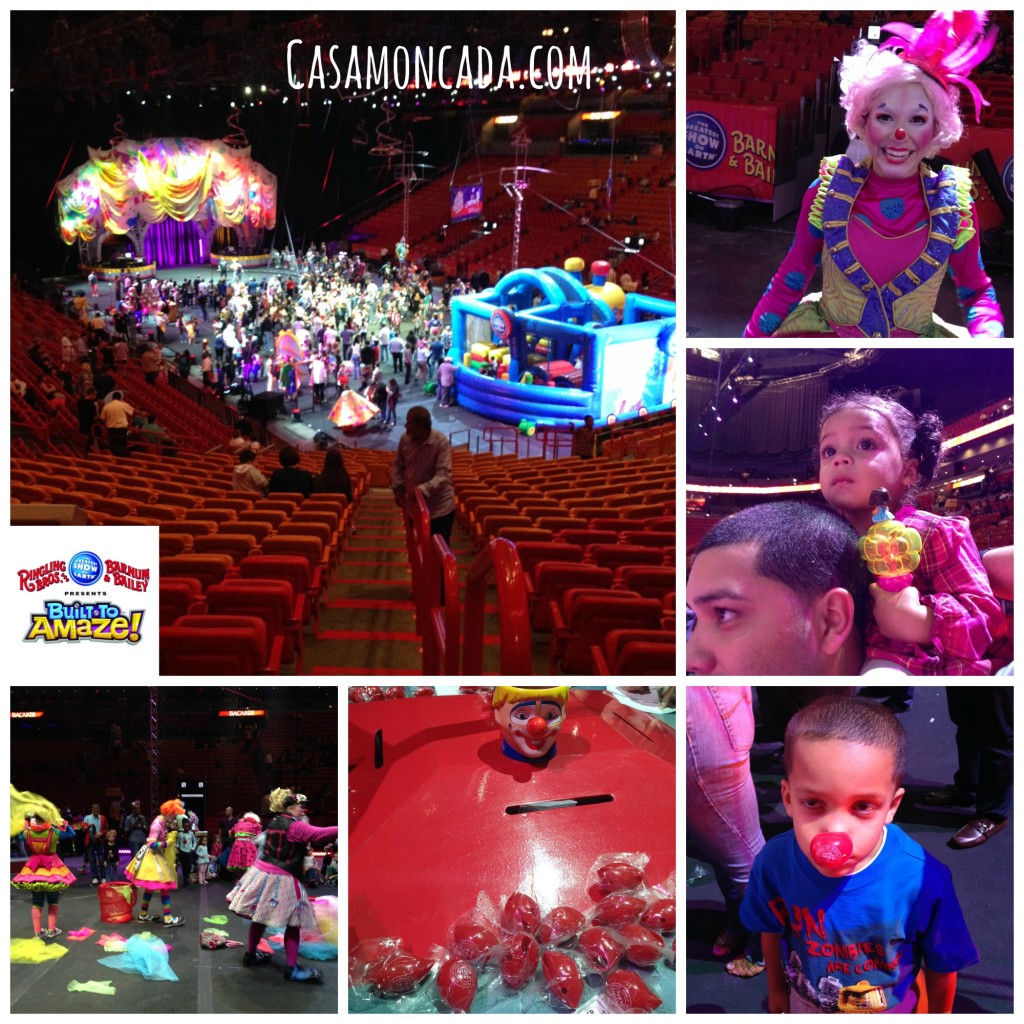 The Ringmaster, Andre McClain, started the show! The show was eventful from start to finish. Filled with animals, music, lights, dancing, acrobats, trapeze, and everything else you love from the circus! Irina and Alex Emelin are “project managers” of Built to Amaze! and I loved every minute of their performances on stage. They were funny, clever, and just overall a joy to watch. One of my favorite animal acts was Alex and Irina’s dog act. 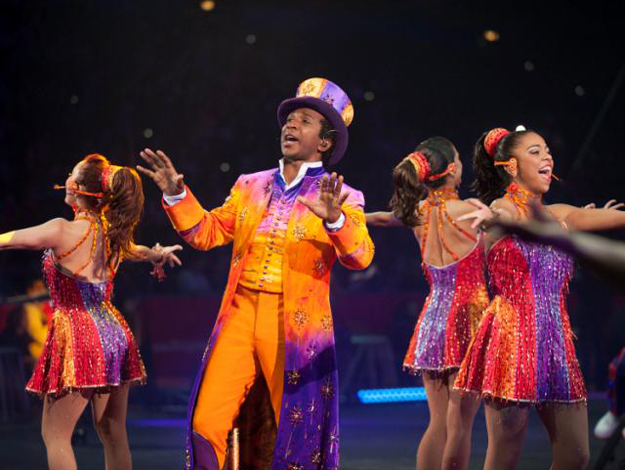 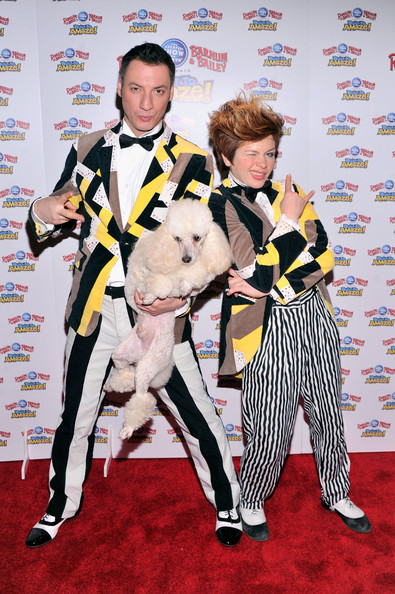 The show had a good combination of animal acts as well as human/group group acts. We had a team of unicycle basketball players, King Charles Troupe. I was so impressed with how fast they rode those unicycles. It is amazing how no on bumped into each other! They were riding so close so fast! What I loved the most is that the King Charles Troupe started in the South Bronx. I’m from the South Bronx! Good to see that so many talented people come from my little ‘ol city in the Bronx.

The rest of the human/group performances included the rope swinging, tumblers/trampoline acts, the stars of the steel vortex, and one of my favorite the strength/agility acts. 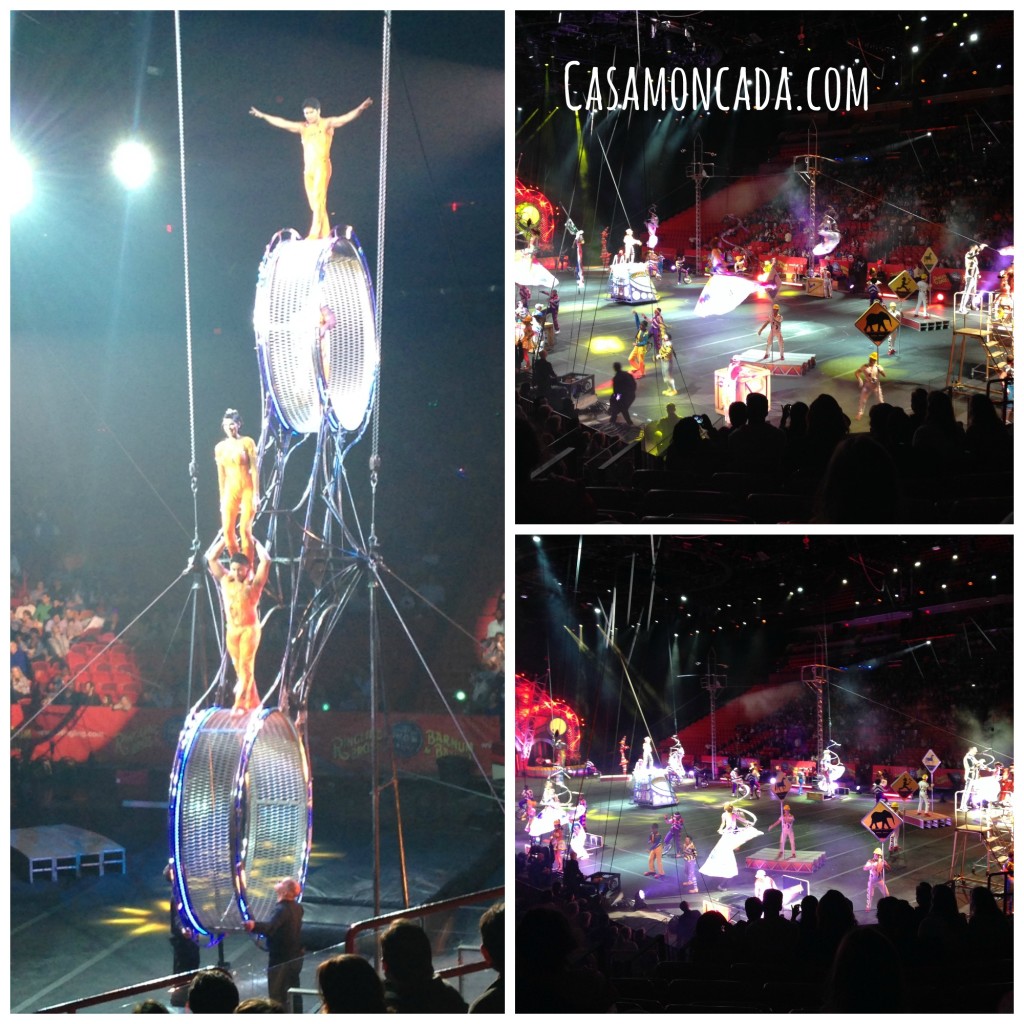 There was a scary part in the Steel Vortex act where everyone gasp because one of the performers tripped while jumping rope on the circular dome. Luckily, everything worked out and he recovered. It was scary! The vortex was moving very fast and there were performers inside and outside the steel circles. 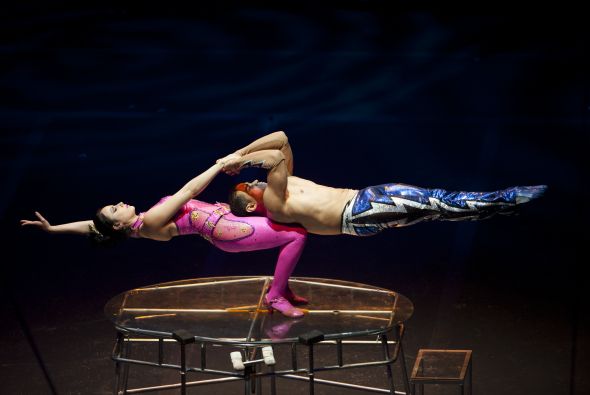 The kids really enjoyed the animal acts especially the elephants! Those elephants are talented! They were balancing on their legs, spinning around in circles, stepping on top of a small platform, and rolling on the ground! They did it all. By the way, the little elephant was so adorable! See my video below for a snippet of the elephant act! 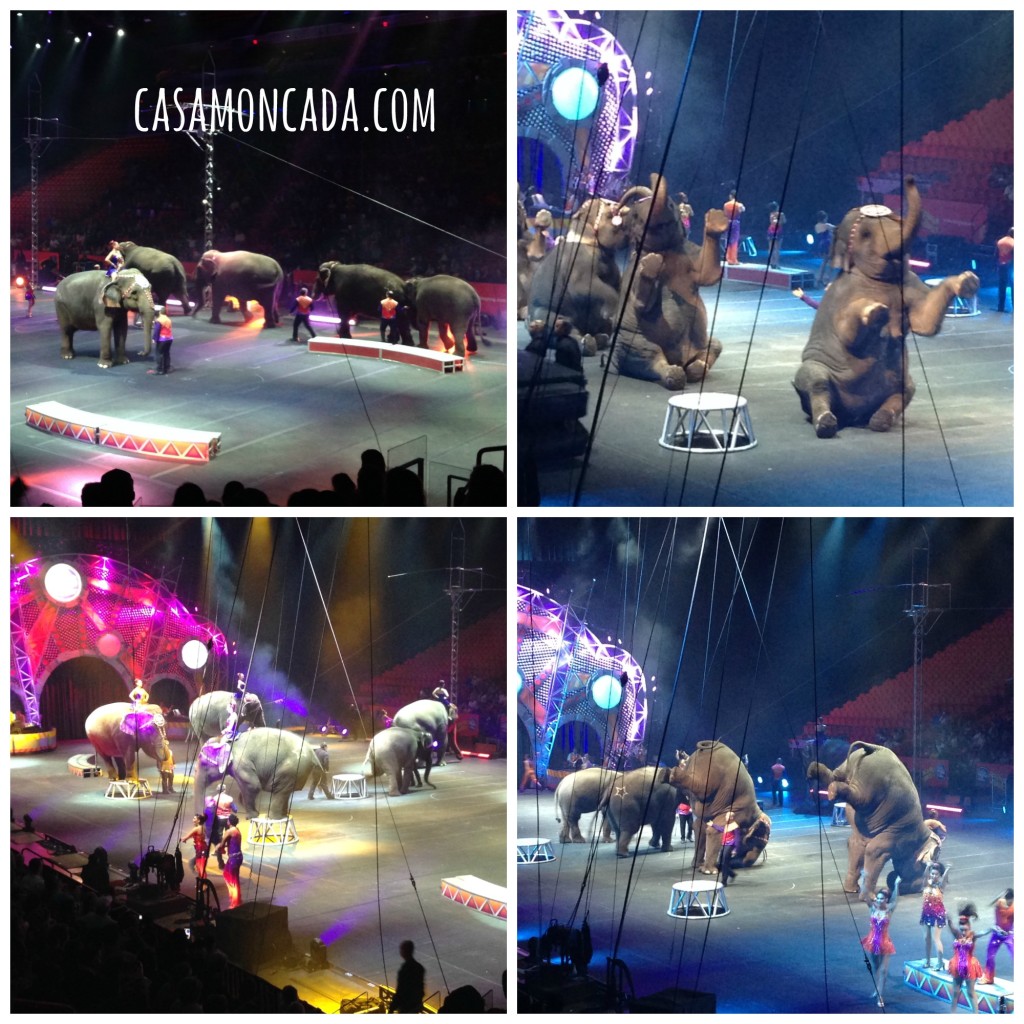 My son was in awe of the tiger trainer, saying how brave he must be for standing in a closed cage with a lot of tigers. It was incredible seeing these wild animals so tamed. There were certain parts where they would growl at the trainer which was scary. It was cute to see how they responded to the trainer when he spoke Spanish to them. 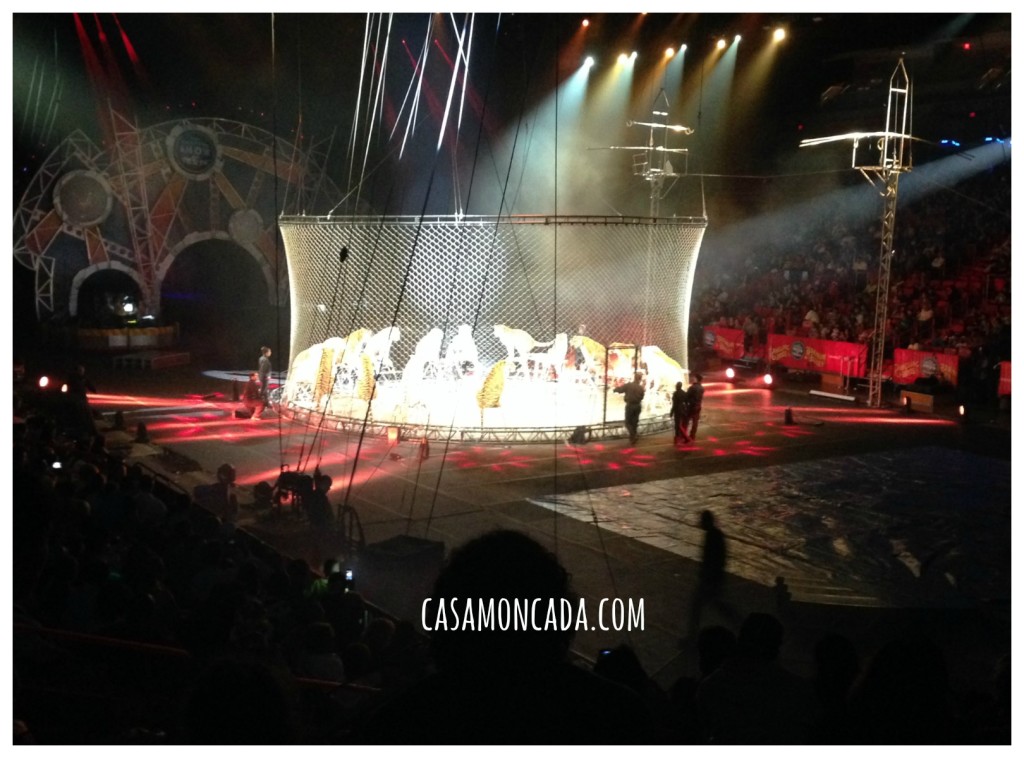 Overall, the performances were entertaining, thrilling, fun, and not short of “amazing”! I will not hesitate to take the kids again next year. My daughter did so well. She was clapping and dancing every time the music played(which was often!). She had little moments were she fussed but we got her snacks and light up toys to keep her entertained. We did attend a late show so I knew she would be restless at some point. She fell asleep quickly as soon as we got to the car! My son did great and still talks about it. He is bring one of his souvenirs for show and tell. I am glad they both enjoyed it as much as I did.

Remember Ringling Bros and Barnum & Bailey Presents Built to Amaze will be in Miami’s American Airlines Arena until January 20th! You can purchase your tickets online at Ticketmaster. You can use code “Family” to get discounted tickets!

Disclosure: I was provided complimentary tickets to facilitate my review. All opinions stated are my own.