Post contains affiliate links. It just means I make a small commission if you make a purchase through my links. It is no additional cost to you. 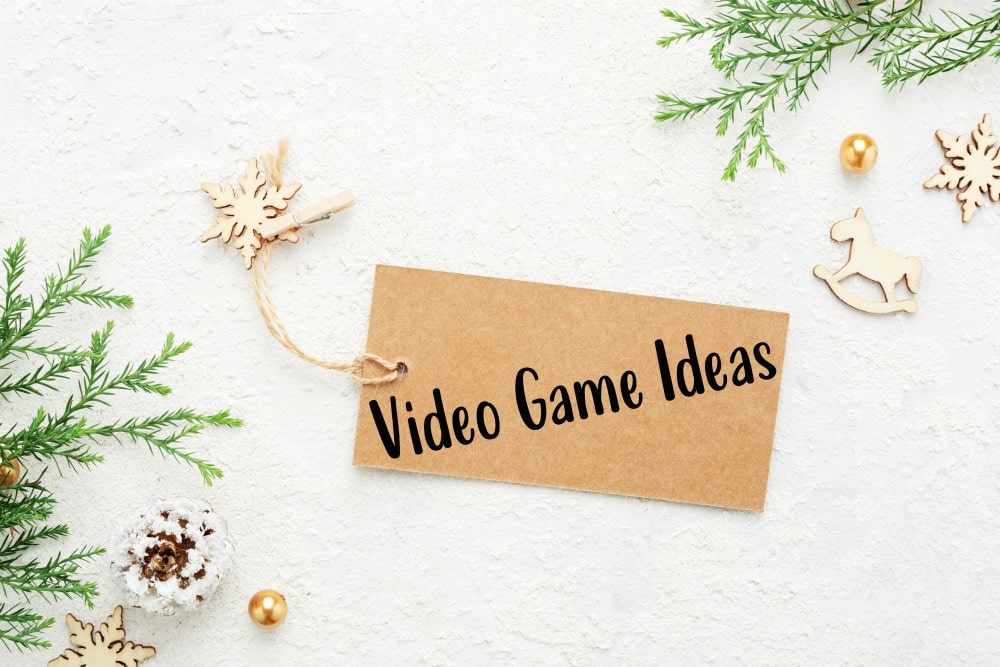 ‘Tis the season to play video games with the family! Below you will find the hottest video games and accessories of the season! The question is… which game will you play first? Thank you to the sponsors for providing review copies in hopes of getting featured in the guide. All opinions stated here are my own.

Hottest Video Games and Accessories of the Season

Black Ops is back! Featuring gritty, grounded Multiplayer combat, the biggest Zombies offering ever with three full undead adventures at launch, and Blackout, where the universe of Black Ops comes to life in a massive battle royale experience. Blackout features the largest map in Call of Duty history, signature Black Ops combat, and characters, locations and weapons from the Black Ops series. Call of Duty: Black Ops 4 delivers the biggest Day 1 Zombies offering ever with three full experiences at launch: IX, Voyage of Despair, and Blood of the Dead. With an exciting new adventure and a brand-new cast of characters, Call of Duty: Black Ops 4’s Zombies will feature the deep gameplay and easter eggs that its rabid community of fans have come to expect.

Write your epic odyssey to become a legendary Spartan hero. Forge your path in a world on the brink of tearing itself apart. Influence how history unfolds in an ever-changing world shaped by your choices. Charge into epic clashes between Sparta and Athens in big battles pitting 150 vs 150 soldiers against each other. Customize your gear and upgrade abilities on your path to become a Spartan hero. From ancient rituals to famed statues, come face to face with Greece’s legendary figures and discover the true nature of mythological beasts like Medusa and the Minotaur. Embark on your journey from humble beginnings to living legend as Kassandra or Alexios.

Starlink: Battle for Atlas is an all-new action-adventure game developed by Ubisoft Toronto. You choose your pilot, hull, wings and weapons, combine them to build a custom starship and lock it into place. As you pilot your way to a nearby planet within the Atlas Star System, you sense you’re not alone. Suddenly, three enemy ships emerge from a nearby asteroid field and it becomes very clear you are not welcome. You try to fight them off, but realize your current loadout isn’t working in this situation. You make a lightning-fast decision, swap out your wings and weapons on the fly and re-engage, as another epic battle begins to save the galaxy from Grax and the Forgotten Legion.

Dance to the rhythm of your own beat with Just Dance 2019! The #1 Music Video Game Franchise of All Time, with over 65 million units sold, is coming this fall with 40 new and fun songs. Whether there’s something to celebrate or for no reason at all, Just Dance is there for every occasion! Join a community of more than 120 million players around the world and bust out your best moves!

It’s good to be bad… Get the Deluxe Edition now and gain access to the main game and season pass content. Embark on an all-new DC/LEGO adventure by becoming the best villain the universe has seen in LEGO DC Super-Villains. Players will have the ability to create and play as an all-new super-villain throughout the game, unleashing antics and wreaking havoc in an action-packed story. Set in an open world experience, the Justice League has disappeared, leaving Earth’s protection to their counterparts. It’s up to you and a crazy group of misfits to uncover the intentions of Earth’s new wannabe superheroes. Joined by renowned DC Super-Villains: The Joker, Harley Quinn, and others from the Injustice League, players will set out on an epic adventure to ensure their villainy remains unrivaled

The battle for the Crayola Color Cup is on! So get ready to trigger traps with a tailwhip, spray on a speed boost and out-combo the competition – right to the last second. To be champion you’ll need to beat the Scoot Legends in a rainbow of team and solo events like Splatter Tag, Trick Run and the classic Game of S.C.O.O.T. Or grab your friends for a split screen color clash, with 4-player fun to make any party pop. Just remember, bigger stunts mean more color — and in Crayola Scoot, color can change the world in impossible ways!

Paw Patrol: On a Roll

No job is too big, no pup is too small! The PAW Patrol is ready to save the day in Adventure Bay on 16 exciting rescue missions, but they can only do it with your help! Help each pup use their unique abilities to rescue friends and keep their community safe. Jump into eight awesome Adventure Bay locations, including Farmer Yumi’s Farm, Jake’s Mountain, a desert canyon, under the waves, and more! Get ready for fun puzzle-platforming action that is PAWfect for kids of all ages with all the pups of the PAW Patrol!

In The Crew 2, take on the American motorsports scene as you explore and dominate the land, air, and sea of the United States in one of the most exhilarating open worlds ever created. With a wide variety of exotic cars, bikes, boats, and planes to choose from, experience the unbridled thrill and adrenaline-pumping excitement of competing across the entire US as you test your skills in a wide range of driving disciplines.

Introducing form factor that looks familiar, feels comfortable in your hands, and works with all your games. This officially licensed Xbox controller features two mappable Advanced Gaming Buttons on back, dual rumble motors, and 3.5mm stereo headset jack to enhance your gaming experience. You’ll also find the basics such as precision-tuned analog sticks, plus shaped D-Pad, and standard button layout.

Get ready to explore new Kingdoms with the officially licensed Super Mario Odyssey Joy-Con Comfort Grip. The Comfort Grip brings the left and right Joy-Con Controllers together to make one comfortable controller, so you can play as long as you like. Ergonomic, rubber grips will keep your palms happy and your fingers from cramping at home or on-the-go. Simply slide each Joy-Con down the rails and play.

Race around your favorite kingdom or jump into the next, with the Super Mario Edition of the wired Controller plus for Nintendo Switch. Officially Licensed and Designed for the true Super Mario Fan, this Controller features soft-touch rubber grips for added comfort and 6 interchangeable analog caps for personal preference.

Take your Nintendo Switch on the go with this soft compact case Designed precisely to fit the Console in handheld mode. Inside you’ll find a felt lining and built-in play Stand with storage for 5 game cards plush Small mesh pocket. Kit Includes a screen protector with applicator to prevent scratches, and microfiber cleaning cloth with 8-bit Mario jumping to complete a level. This portable case with a classic Super Mario Bros. Design gives you the freedom to have fun on the go with your Nintendo Switch. Wherever. Whenever. 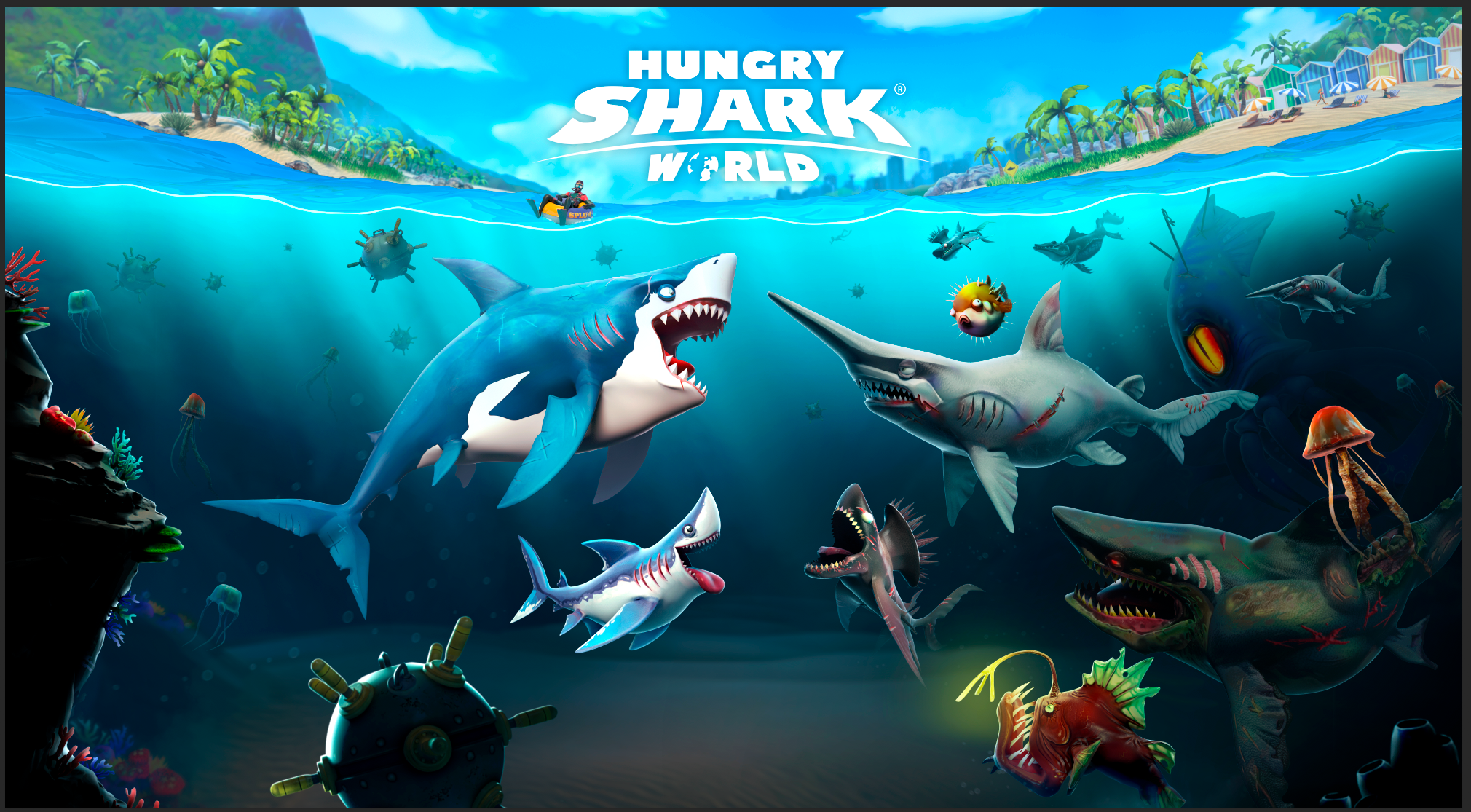 The award-winning Hungry Shark® series dives onto console with more than 20 sharks, four unique locations and tons of epic missions for you to sink your teeth into. Experience life as a shark in full HD with fully optimized gamepad controls from the comfort of your own home! Unleash your inner apex predator in this jawsome arcade adventure and feast on everything from tiny fish and crabs, to attacking helicopters and gigantic whales. Take on fearsome bosses as you venture into the depths to find trapped sharks, hidden treasure and so much more! Available Now on Xbox One, PS4, Switch

Post contains affiliate links. It just means I make a small commission if you make a purchase through my links. It is no additional cost to you.