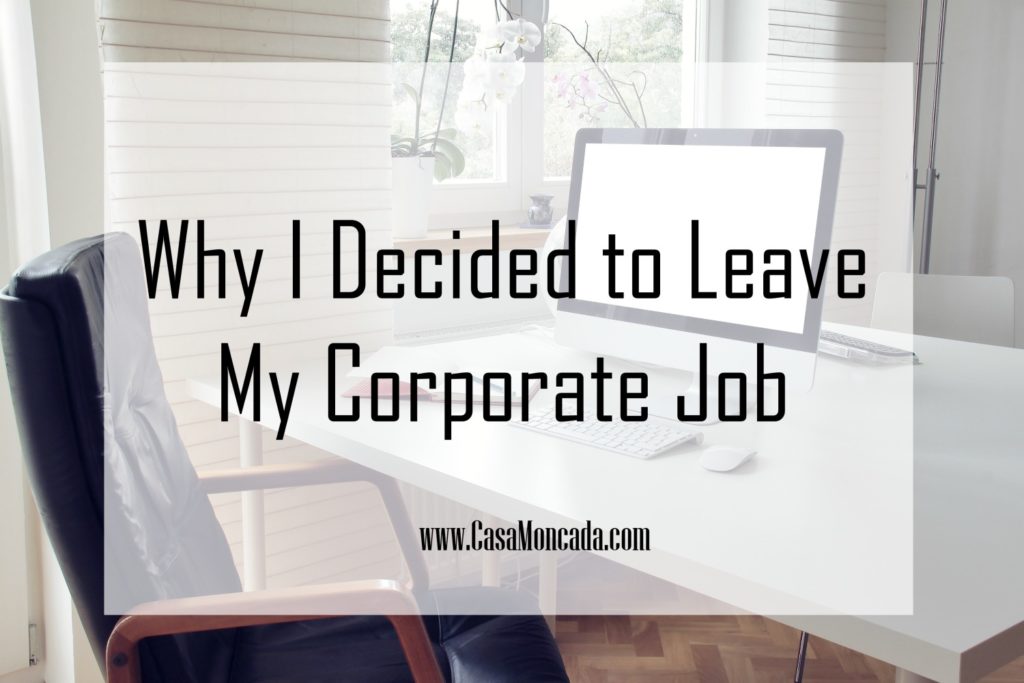 I did it. I resigned from my job. When I think about it – I think it is crazy. I realized that life isn’t all about money. My two kids are young and I want to be there for them when they have a school play or an award ceremony without worrying if my boss will let me come in late or leave early. I was tired of worrying.

Let me give you some background. I worked for a luxury cruise line in the Revenue Management department as a Systems Analyst. I didn’t mind the job but I knew that I wasn’t going to be moving up anytime soon – in order for me to move up I needed to go to another department. The management wasn’t very hands on and there was a big lack of communication. There was a lot of lies and dishonesty going on too which I didn’t appreciate. I just got tired of it. I kept thinking, “what was the point?” I was coming home exhausted (I worked about an hour or more – depending on Miami traffic) and didn’t want to do anything. Which made me feel guilty. My kids would be so excited to see me and would run to my car the moment I pulled in the driveway. I was too tired to start dinner and many days we ate out. I’m ashamed to admit that but it is the truth. My husband and I were just both too tired after a long day at work.

[read more=”Click here to Read More” less=”Read Less”]My husband is amazing. I would leave the house at 6:40ish every morning to be at work by 8 am. Most of the time the kids were still asleep so I wouldn’t see them until I got home around 5:45ish (sometimes later if the traffic was insane). My husband handled everything. Getting them dressed for school, packing lunches and snacks, and even styling our daughter’s hair (which may or may not end up a puff ball by the time she got to school). He also did the pick up from aftercare. Did I also mention he also took our son to baseball practice 2x a week and games 2x a week? Yes, he is super dad. I know as a father that it is his job to care for our kids but I kept asking myself when was I going to contribute?

The idea popped into my head one day and I just couldn’t get it out. I looked through our finances and realized that we could survive on one income if we made some changes. Selling our overpriced home and taking the kids out of aftercare. I’d already be saving on gas, tolls, and lunch since I would be home. I would also be able to work on my blog which does bring in some money. I just haven’t been able to devote time to growing my blog because I was too tired. When I did work on my blog it was once the kids were in bed which was 8:30-9pm, the problem? I was going to bed after midnight almost every night. It was taking a toll on me and I was gaining weight – fast. Not only was my health being affected by working full time but the relationship I wanted with my kids and partner.

To be continued… [/read]