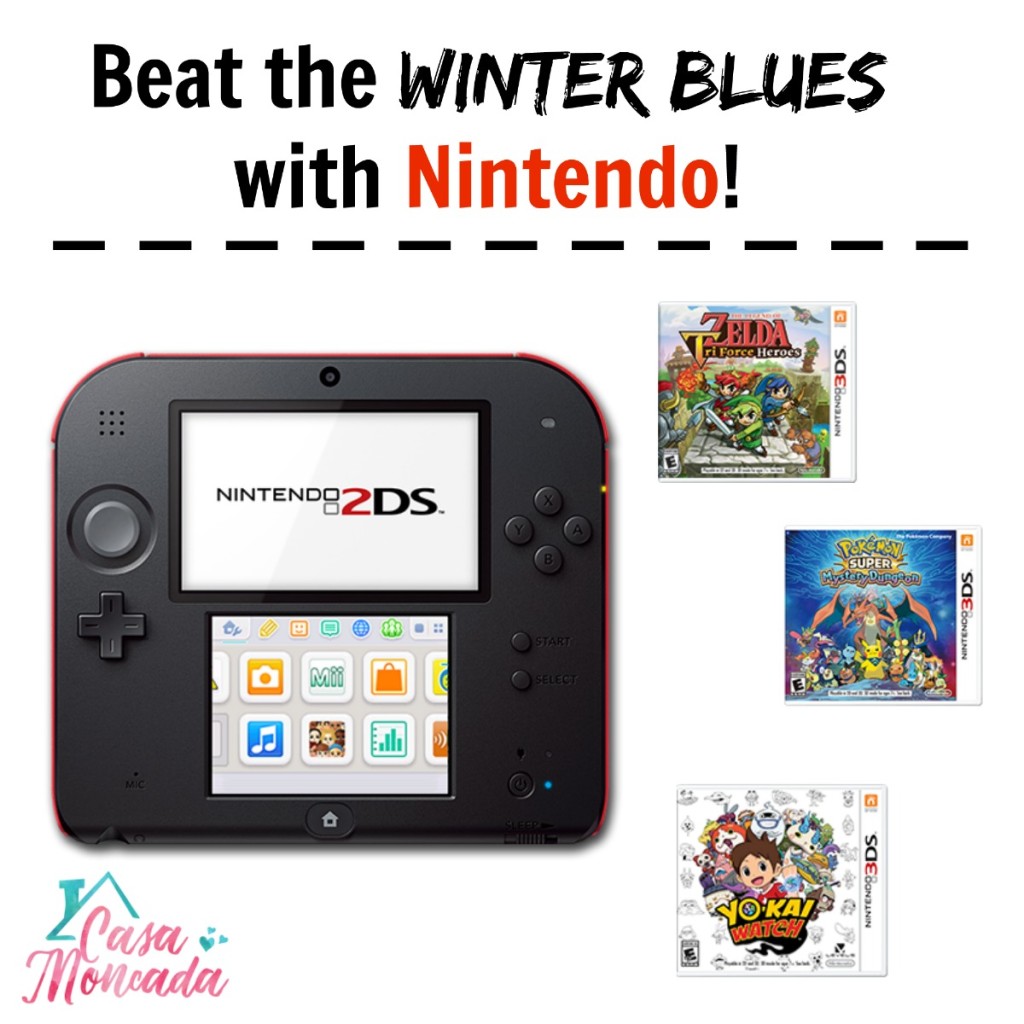 Tired of the snow and cold weather? Even us Southerners have been dealing with cool weather! Sometimes we need some entertainment to keep us occupied while we’re couped inside. When I lived in New Year, I looked forward to the blizzards because school would be closed and I got to play with video games! Nintendo has always been part of my childhood and now that I have kids of my own, they play too! I used to own the Gameboy, do you guys remember that? I had the kiwi Gameboy color. I loved, loved that handheld system! Technology has come such a long way. 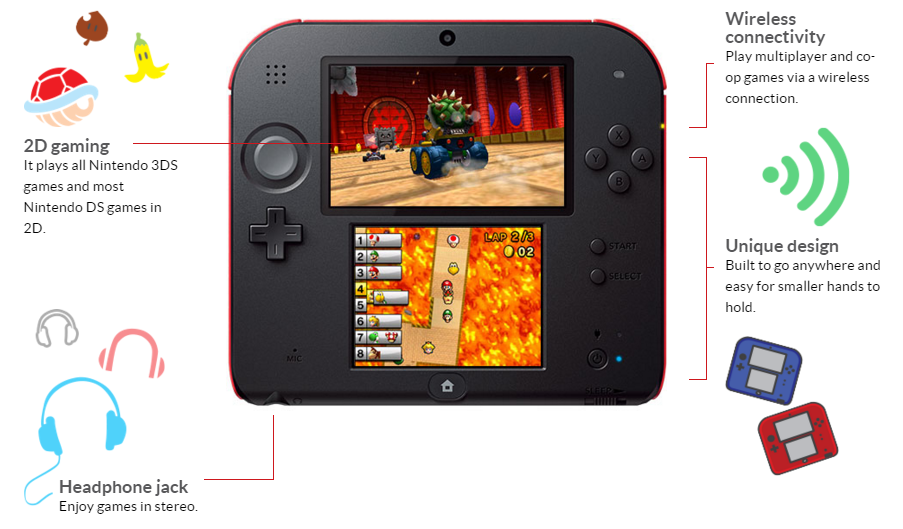 The next time there is a snowy situation be sure to have your Nintendo 2DS all recharged up! The perfect gaming system for kids who are on the go or just rather stay in! Nintendo 2DS also has web browsing capabilities and the Miiverse, where you can play against friends!

Do you have a favorite video game system or video game you love to play?

Disclosure: I am a Nintendo Brand Ambassador and received the items above to facilitate my review. All opinions stated are my own.